I wrote a kids book where the main character was HEAVILY based on my son Joel.
Here's the character description I wrote for the illustrator. I'm only blogging it cause I want to save it somewhere where I can find it again.

He has blonde unruly quite longish hair and eyes that are the color of coca cola.

He finds shirts and dressy clothes confining. He doesn’t feel like himself when he’s wearing “nice clothes”. He starts to walk all stiff and weird and can’t wait to get out of the dressy clothes. He’s really miserable in his Sunday finest.

He loves to run, jump, climb  - be physically active but most of all he likes to play soccer. Or basketball. Or just play with a ball.

He’s very loving and protective of his younger sister, which is surprising since she’s so often really, really annoying.

If he’s grumpy, it’s for one main reason – that he’s hungry. Otherwise he’s in quite a good mood, but often impatient especially if he has to sit still without a book or a game.

He’ll read anything, anywhere. He gets really lost in reading.

He’s very stubborn. So stubborn it will drive you up the wall.

He talks with a lisp which kind of softens the blow that his beyond-his years vocabulary would give if he didn’t.

He has absolutely no respect for authority.

He can focus really well.

He thinks a lot. A lot. And he will look you straight in the eye and tell you what he thinks and he’ll have reason for thinking what he does.

Perhaps because he can be so serious, his laughter is contagious and surprisingly carefree and melodic. It’s beautiful, like the sounds of the first birds returning in spring.

Likewise   - because he can be so serious and focused, his sudden (but frequent) expressions of love are so true and strong you’re taken off guard.

Since he was little (perhaps because of all his reading,) he’s been giving scientifically convincing backing to the most ridiculous statements. He’s never short for a reply. Ever.

When we asked him how a specific dinosaur might have sounded, he replied: 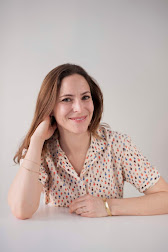 I'm Emi Guner, a Swedish writer who left Stockholm for New York a few years ago.

I love taking pictures and because my three kids (Niki 9, Joel 11,5 and Vanja 15) don't yet always object, they're often pictured here.

I once had a blog where I wrote 400 Letters to Marc Jacobs.

Before that, I had a site where I pretended to be the Parker Quintuplets.

I think this links to my profile on Google+